SAVE THE DATE for the Social Economy Scientific Conference #SES2020, a two-day digital event on the future of social economy in Europe!

At the #SES2020, a vibrant network of distinguished researchers and academic scholars will discuss how the future of social economy could and should look like, providing an original contribution to the rethinking of our socio-economic spaces. The COVID-19 pandemic outbreak has increased the visibility of the social economy’s contribution to socio-economic development and social cohesion, demonstrating that it is an essential part of Europe’s safety net in times of crisis, thanks to its leadership in providing essential goods and services to the most deprived. Therefore social economy could play an important role in the recovery phase. The #SES2020 will look at the social economy as a driver of change, and on this basis will discuss how social economy will contribute to bounce forward our societies in the next normal.

The future-oriented objective of the #SES2020 is to collect a comprehensive body of knowledge that will anticipate the most relevant changes within and outside the social economy, in order to understand its potential role and contribution in the next decades and feed the European Commission’s policy reflection.

‚An opportunity to rethink and reshape our socio-economic spaces‘

The European Commission announced a forthcoming European Action Plan for the Social Economy to enhance social investment and social innovation and to boost the potential of social enterprises to create jobs. This policy initiative to be released during the second semester 2021, will be a key tool to systematically incorporate the social economy into the different socio-economic policies of the European Union, as well as into its actions to achieve the Sustainable Development Goals.

The #SES2020 is tapping into the social economy momentum to discuss under which conditions is possible to maximise social economy contribution in constructing viable solutions to the grand challenges of our time.

The social economy can generate engagement, initiatives and returns in local communities while bringing everyone closer to the labour market. The social economy provides innovative solutions in education, health care, energy transition, housing and the delivery of social services. It can also be a pioneer in local green deals by creating alliances in territories involving citizens and enterprises in the climate transition. At the same time, the social economy is even more than that: social economy works as a driver of normative values and good practices that generate a spill over effect on the question how economic action could and should take shape. In other words social economy is the place where social and economic objectives live together, strengthening each other, and for this reason it represents a reference paradigm when pursuing solidarity as a founding societal value.

In the wake of the #SES2020, we also want to introduce the European Social Economy Summit #EUSES to you, a conference which aims at strengthening the social economy in Europe on 26th-29th May 2021 in Mannheim! Until next year, the #EUSES organises exciting roadmap events monthly, to engage in a digital way with a diverse audience representing the large variety of actors active in the field all over Europe! Take part in the digital road to Mannheim now!

#2 Session
Social Economy as a part of an ecosystem

In the first session of the #SES2020 Ulla Engelmann (Head of Unit, EU Commission – DG GROW), introduced the event by expressing the EU’s interest in a multi-stakeholder discussion in order to collect valuable input for the Social Economy Action Plan (2021) and to give social economy an important role in the recovery of the EU. In the first presentation, Julie Battilana (Harvard Business School) reminded us that we are currently at crossroads: we can either continue with a shareholder-value perspective that keeps damaging our environment and widens inequalities – or we can change the rules of the game and provide the legal framework to let social businesses thrive and become the new normal. Marthe Nyssens (UCLouvain) & Rocío Nogales-Muriel (EMES International Research Network) stressed the importance of the connection between social economy/entrepreneurship and academic research to provide visibility and is a source of knowledge for actors in the sector. Rafael Chaves-Avila (Universität de Valencia) showed that social economy has proved a profound resilience to the current crises and demonstrated viable aftermath scenarios for the post-pandemic time. Mario Calderini (Tiresa at Politecnico di Milano) expressed four reasons on why technology is crucial for social economy actors to thrive and scale their solutions in the future, as well as what needs to be done in terms of policy. Ruth Brännvall (CEO and Founder at Impact Invest – SIIN AB) reported about her research on how innovation practices look in African countries, such as Ghana and Uganda, and how ventures can grow from partnerships. In the subsequent discussion, the session chair Marie J. Bouchard (Université du Québec à Montréal) lead the speakers through topics such as the redistribution of power to help the those who need it most, about necessary partnerships to ensure spillover effects from the social economy and gave an outlook on how to use technology in favor of the social economy’s development. 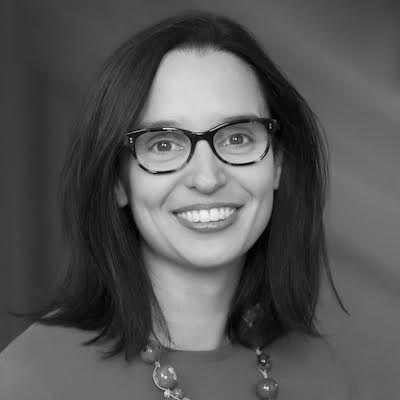 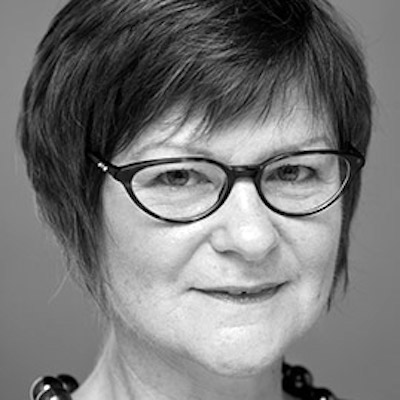 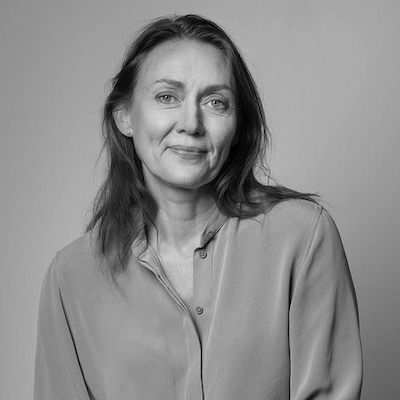 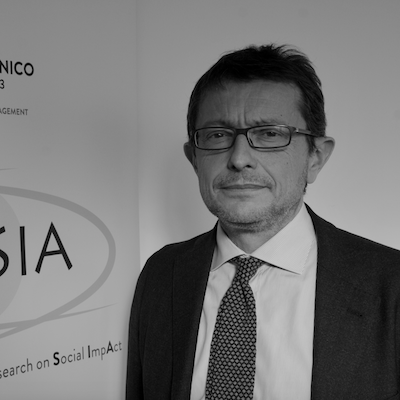 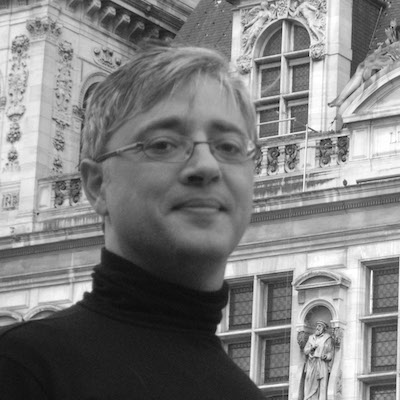 Professor of Economic Policy and Social Economy at Universitat de Valencia,
Representation of CIRIEC-international at GECES 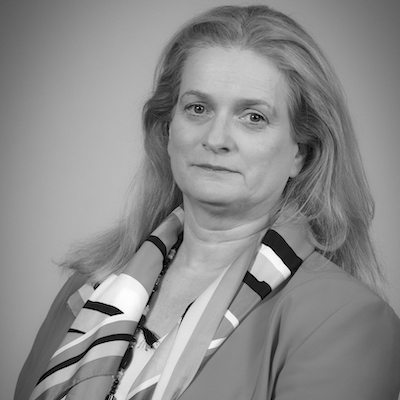 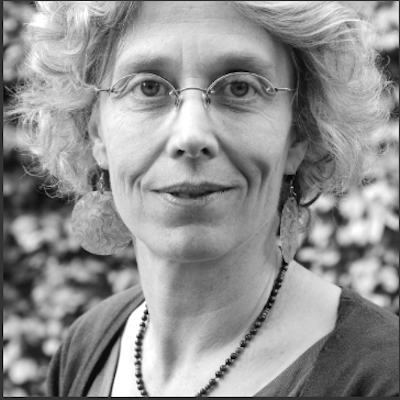 #2 Session
Social Economy as part of an ecosystem – A conductive environment for the development and spread of new models, technologies and concepts

On the second day, Xabier Goenaga Beldarrain (Head of Unit, Knowledge for Finance, Growth and Innovation, EU Commission – JRC) explained the purpose of the second session in his welcoming remark: to look at dimensions that define the ecosystem and how this framework can be addressed to led the change in this field. Marieke Huysentruyt (HEC Paris) demonstrated strategies to scale and push innovations for the public good. Geoff Mulgan (University College London) described how important it is for social economy actors to keep up with the 4th Industrial Revolution to avoid being marginalized and what role open data as well as collective intelligence plays in this context. Alex Nicholls (Oxford University) illustrated the massive transfer of wealth in favor of the millennials and how we need to come up with creative ways to invest this money in the social economy to make up for investment shortfalls in the implementation of the SDGs. Lisa Hehenberger (ESADE) pointed out strategies and policy recommendations to move from proving impact to improving impact. Dominka Wruk (University of Mannheim), the session chair, directed the speakers in a discussion about insufficient transfer of social economy knowledge and practices as well as the need for sharing robust and reliable data for the common good. The session came to a close with the agreement that the EU is in a great position to foster a conducive environment for social economy. 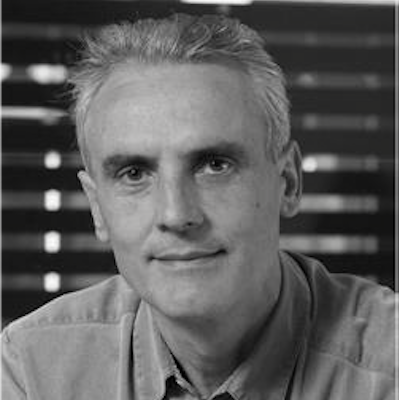 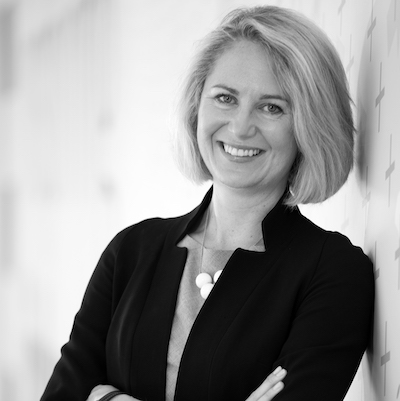 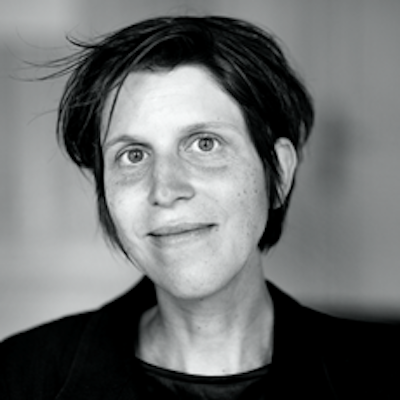 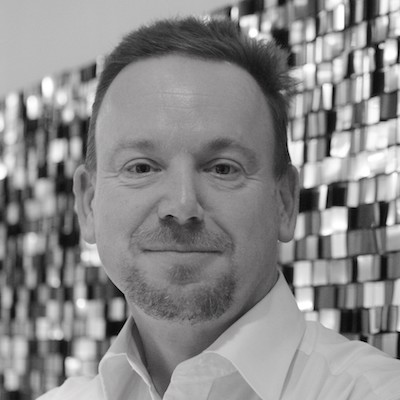 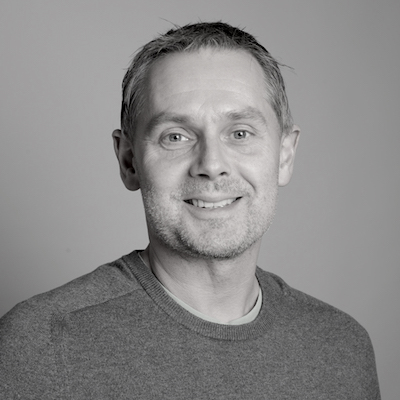 Professor in Social Entrepreneurship at University of Oxford 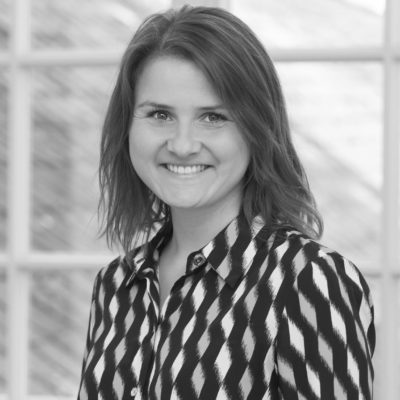 #3 Session
Social Economy as a partner for policy makers and the for profit sector – Principles, strategies and tools for accelerating innovative and impactful actions in the social economy

Antonella Noya (OECD) introduced this last #SES2020 session by expressing the importance of social economy’s crucial role in transforming societies and economies and inspiring other businesses to more responsible practices. Kai Hockerts (Copenhagen Business School) explained why social entrepreneurship as a concept is more important than social enterprise organizational forms and that there is not enough focus on the Schumpetrian social entrepreneurs that disrupt the system. Eleanor Carter (Oxford University’s Blavatnik School of Government) laid out important conditions for successful partnerships between private, public and social sector for a win-win-win scenario. Antonio Miguel (NOVA SBE, Maze – Decoding Impact) shared the learnings of five years of using EU structural funds for social investment and fostering social innovation in Portugal and gave valuable policy recommendations for other countries with the same endeavor. Eva Varga(Euclid Network) laid out a plan on how to implement socially responsible public procurement to measure social impact. Gorgi Krlev (CSI, Heidelberg University), the session chair, directed the discussion into talking about effective impact which concluded with the call for authentic communication about what works in the sector and what does not. This session and the #SES2020 as a whole closed with remarks by Mikel Landabaso Alvarez(Director Growth and Innovation, Joint Research Centre, EU Commission – JRC) and Slawomir Tokarski (Director Innovation and Advanced Manufacturing, Directorate General Internal Market, Industry, Entrepreneurship & SMEs, EU Commission – DG GROW) with referring to values the EU has been built on, such as fairness, solidarity and empathy. Slawomir Tokarski also summarized what he is taking from this conference to feed the EU’s policy reflection on the subject in the future. 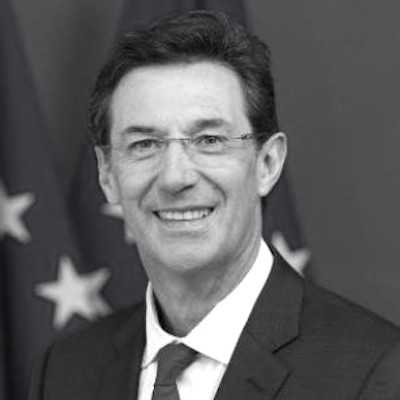 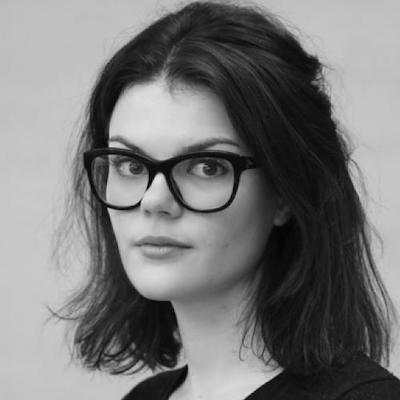 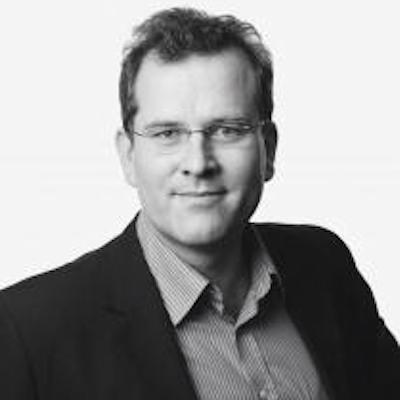 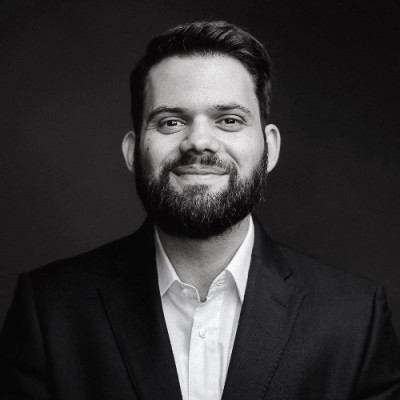 Post-Doc Center for Social Investment & Innovation at the University Heidelberg 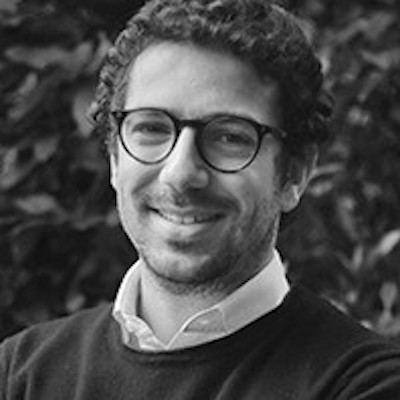 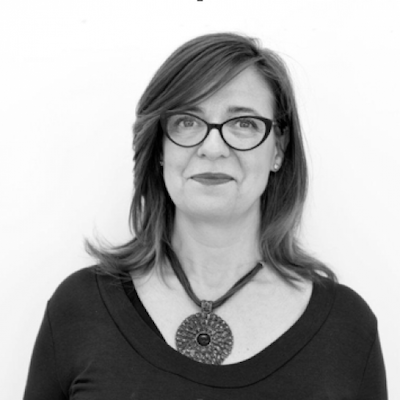 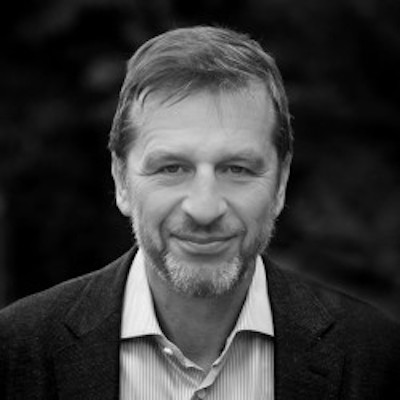 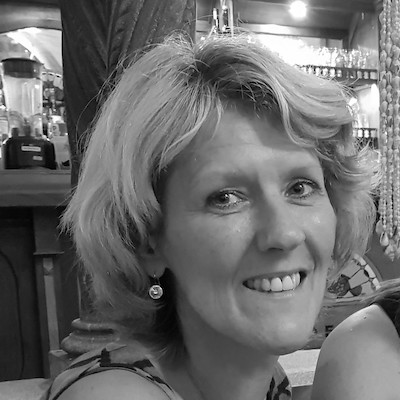 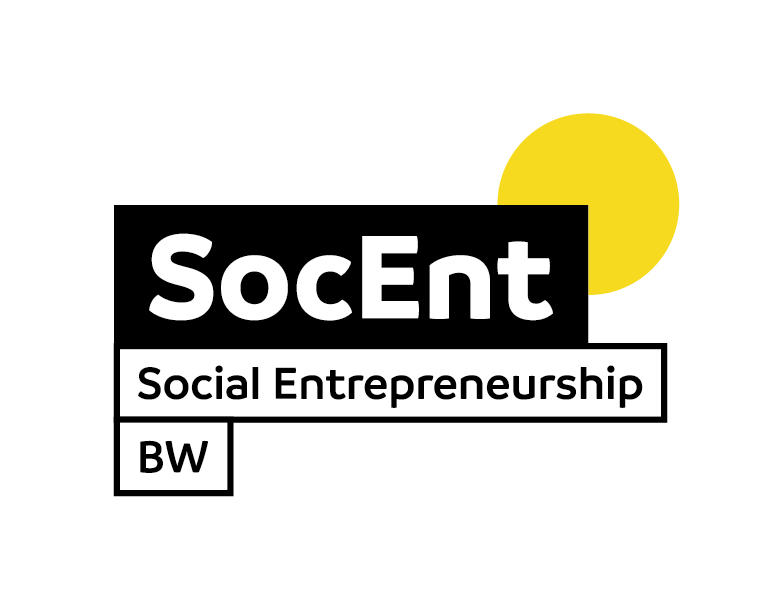 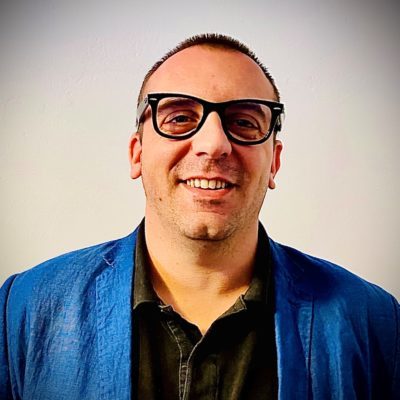 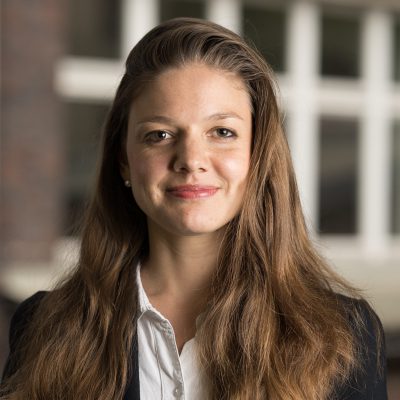 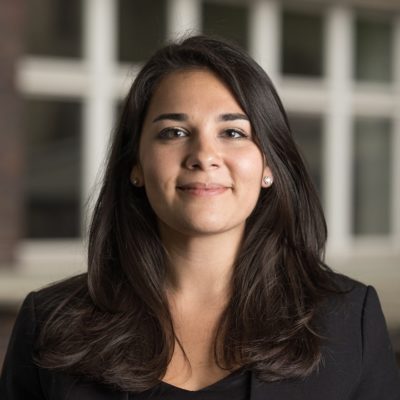 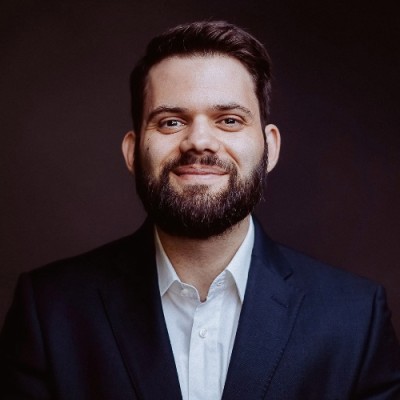 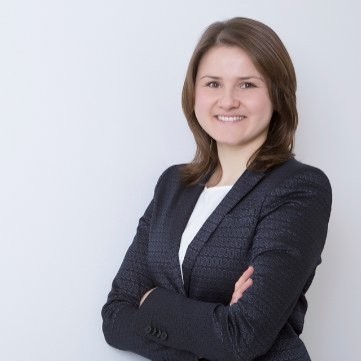 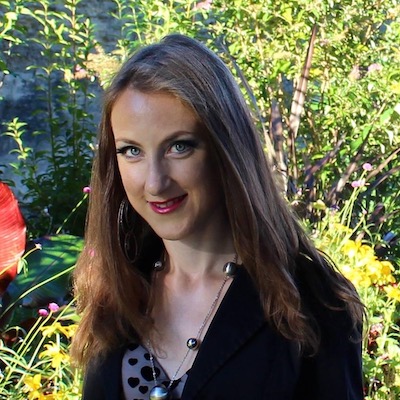 Follow us on Social Media
for updates on speaker & program!